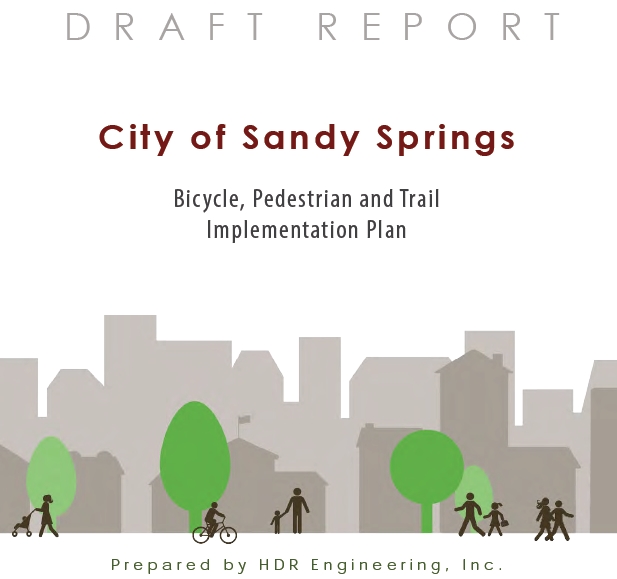 The Sandy Springs City Council will be having their FIRST READ in a Work Session of their proposed Bike/Ped Trail Plan  on Tuesday (12/2) at 6 pm.

The Staff is RECOMMENDING approval of the plan – as is…and there’s some important things that need feedback from the cycling community.

Dependent on the feedback they receive on Tuesday night, this plan is scheduled to be voted on as early as December 16th.

Review the plan & provide feedback. Either in-person or via email. The overarching feedback is:

1.  Eliminate or greatly reduce the use of Sidepaths from the plan (See Figure ES1. Most of the recommendations are Sidepaths). Do not look at the PCID Commuter Trail Plan & their suggestions for Sidepaths. The PCID Plan has not been voted upon by elected officials nor has received any public input. (It was approved by the PCID Board of Directors). Sidepaths are very dangerous in urban areas and oftentimes merely serve as wide sidewalks.

Instead of Sidepaths, use Cycletracks / Protected Bike Lanes as defined by NACTO and by the Greenlane Project.

“The primary type of separated facility that would be practical in Sandy Springs is the “sidepath” or shared-use path that is located immediately adjacent and parallel to a roadway.”

“Each and every driveway or side street a sidepath crosses is a potential conflict point. The AASHTO Guide for the Development of Bicycle Facilities cautions against using sidepaths in other than a narrow set of conditions because of their operational concerns.”