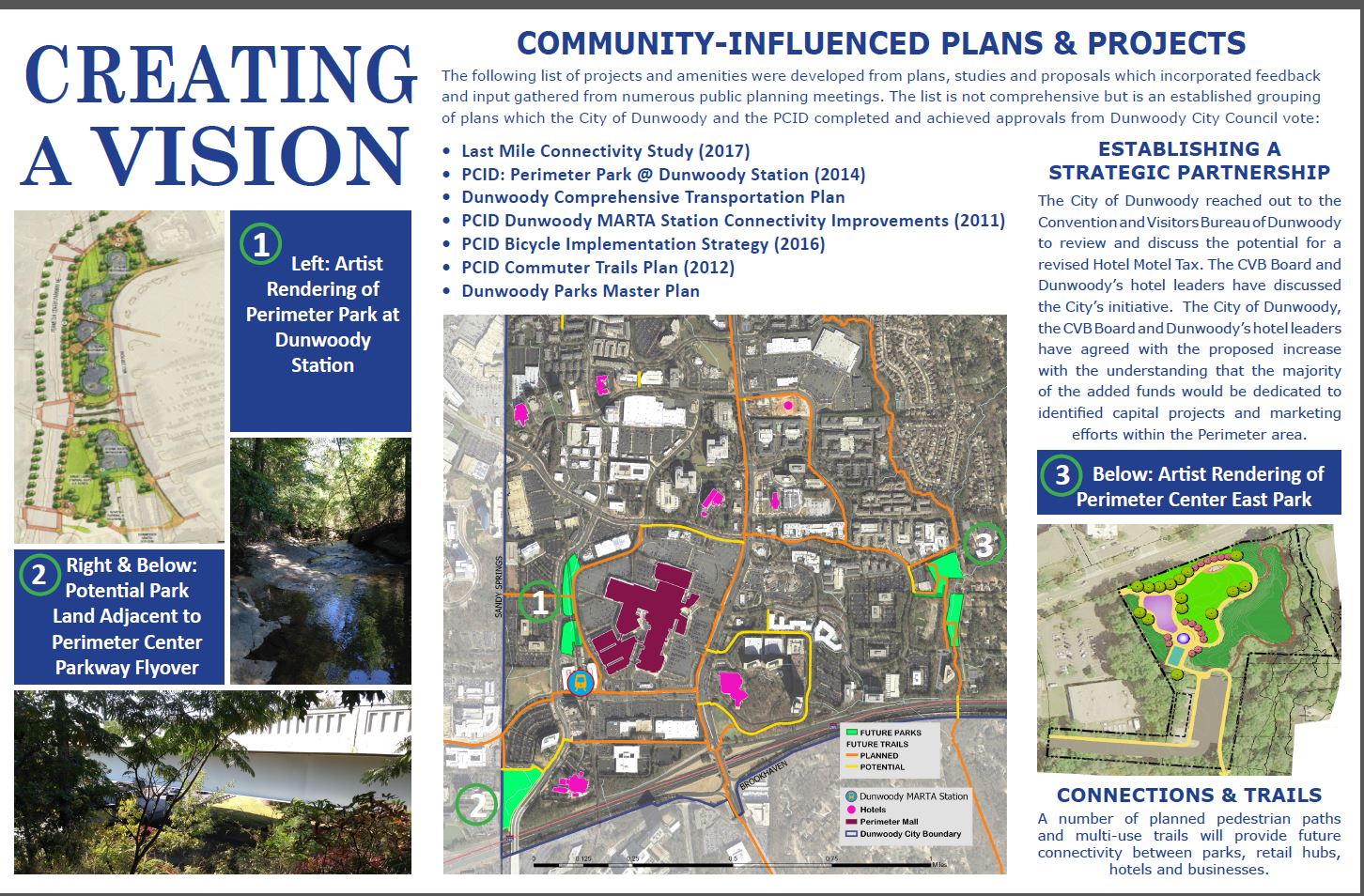 Please sound your voice for funding for trails by attending the public information meeting Wednesday 11/15 at 6 pm. With the passage of HB 564 earlier this year, the City has been granted the authority from the State to increase the existing Hotel Motel Tax from 5% to 8%. The increase would mean an extra $850,000 annually to fund trails and green spaces. City staff is recommending a majority of the new money go toward trails and parks centered in Perimeter Center.

Any trail / greenway projects throughout our city limits identified in the current & approved City Master Plans are eligible to be funded with this tax, i.e. the Parks Plan or Transportation Plan.

Raise a Bond to Build Today

Earlier this year, Our neighbors in Brookhaven changed their tax as well, and it’s forecasted to generate $650,000 annually. It will then be used by Brookhaven to finance a $9 million loan, or revenue bond, over 20 years at 3.93 percent principal and interest. The revenue stream from the hotel/motel tax will pay for the revenue bond. Revenue bonds don’t require a public vote because they don’t rely on the full faith and credit of the city. Reference story click here.