The following is a letter written by Ed McBrayer, the Executive Director of the PATH Foundation. Ed clearly sets the stage to Georgia Department of Transportation to include commonsense accommodation for humans who may choose to go on foot or on a bicycle within the GA 400 & 285/400 project(s) rebuild. For more details on our “Asks”, please go to this LINK. 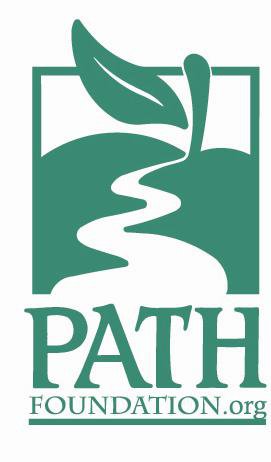 A few of my biking buddies have contacted me recently regarding the Georgia Department of Transportation’s (GDOT) plans to widen Georgia 400 north of I-285. The initial design does not include provisions for extending the PATH400 trail we are presently building in Buckhead. it is important that we can convince them otherwise.

It was 1991 when the founders of PATH approached GDOT and requested they revise their plans to build Georgia 400 between I-85 and I-285 to include provisions for pedestrians and cyclists. The answer back then was a definite NO, since the right-of-way had been purchased and plans completed.

I will cut GDOT some slack for the decision not to include us with that first 400 segment. They were in a heated battle with adjacent neighbors, the media, and elected officials for plowing through north Buckhead with a four-lane highway. Today’s young folks who favor biking and walking to car travel weren’t there to show support. Transportation professionals were  designing everything as though the car was the only way to go anywhere. In short, PATH was a small club advocating for a transportation mode that most associated with their childhood or racing in France.

Fast forward to 2014 when young people are flocking to walkable, bikeable communities followed by corporations who wish to employ them. Cities are selling themselves to industry and businesses based on how walkable and bikeable they are.  Most new development includes design elements that calm traffic such as medians, on-street bike facilities, narrower lanes, and islands. New development is aimed at lessening the intrusion cars have on us as pedestrians and cyclists. The car is not king anymore. People are taking back the streets.

So only a little ‘shame on GDOT’ for not advancing a Georgia 400 widening project that includes an extension of the PATH400 trail. They still have time to get it right. All of us who look forward toa metro area where walking and cycling is a safe alternative for commuting and getting about the city just need to speak up.

There is a much bigger issue to address here. GDOT also has plans to reconstruct the Georgia 400/I-285 interchange. Shouldn’t there be a bike/ped component to that project as well? Isn’t it time we connect the city on a human scale and bridge the giant highways that segment our city into islands only reachable by car? The 400/285 interchange and the widening of Georgia 400 would be a great place to start. So here are my suggestions for GDOT to consider:

I am aware GDOT by-laws preclude gasoline taxes from being used for separated bike/ped facilities.  If GDOT can’t build the trail once it separates from the interchange, at least they can provide space for it. We are pretty good at finding ways to get things built if the right-of-way reserved.

These facilities would join Sandy Springs, Brookhaven, Dunwoody, and the City of Atlanta in a whole new way.  I contend people would jump at the chance to bike or walk to their jobs at Perimeter or Northside Hospital if the highways didn’t cut them off.  How many people live less than a mile away from their job in this area, separated from work by one of these highways?

GDOT has been a pretty good partner to PATH over the years. They have left room for the Silver Comet Trail within the right-of-way of US 278 west of Rockmart; included us on the US 41Road Bridge over the Chattahoochee River,  and let us share their right-of-way along Georgia 400 for the new PATH400 Trail through Buckhead. I am suggesting they take their cooperation and forethought to a new level. Let’s build PATH400 through the I-285 interchange and beyond to provide for a transportation mode embraced by new generations. Maybe they won’t ever need to widen the highway again. Maybe next time, we will be widening the trail!